The first meeting of a European Healthy Lifestyles from Erasm plus has already began.

Today teachers were having a videoconference with the main project coordinator to set the tasks for the next period until we meet in Sicily. At the same moment our students were performing chemistry and science experiments and sport activities which were crowdned with a teachers vs students tournaments in football and basketball.
We also went to activity park to jump on the trampolines. In the evening we had a farewell dinner.

Everybody likes playing board games that is why we joined the schools club called Arka Gier and played games in the international groups.
And as the healthy lifestyle recuires movement we went to the aquapark to swim, slide and have fun.

This day is the excursion time. We were heading to Threecity to explor, discover, exercise, sightsee and learn. We visited Experiment Centre in Gdynia where both students and teachers were dealing with science, health and nature. Then we went sightseeing the Old Town in Gdańsk and the guide told us many legends concerning the famous places. At the end of the day we went to the Second World War Museum to learn the history of the world

We visited the exhibitions prepared by students and teachers of Polish school. We had the chance to see presentations and posters of each country. Students from the third grade of Gymnasium taught us how to dance „Belgijka” - it was fun.
The task for this day was to check if we are similar or different in our lives. Students in international groups were working togather on the basis of previous surveys and their own ideas to creat posters which they presented later.
In the evening we went to the ice rink and the whole group had fun skating or watching.

The first meeting of a European Healthy Lifestyles from Erasm plus has already began. For some of us less official with the visit of Concentration Camo in Stuthoff and strolling aroun the beach of Baltic Sea. But the whole group officially started work on Monday the 25th February. The two hosts for the city Mr Edward Pietrulewicz and school Mr Bogusław Milusz greeted us in a traditional waywith salt and bread also the expert of Erasmus plus Mrs Maria Chodakowska Malkiewicz greeted us with the wishes of joyful and efficient work. and this is how the adventure started.

All of us could see Polish students and teachers becoming actors and singers. We also checked our basic knowledge of cuisine, music and sport - WE ALL DID VERY WELL.
After some fun came time for work. We watched the movies and presentations and then in international groups students with help of their teachers were presenting similarities and differences in the project countries.
In the evening there was time for sightseeing. It was quite cold but we saw the old town and listened. 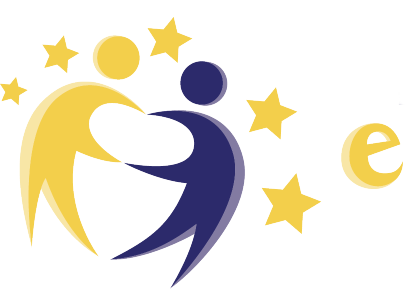 School in the project